Prodrive has taken the covers off its re-designed Bahrain Raid Xtreme Hunter T1+ which will tackle the Dakar Rally next year.

The FIA recently announced new T1+ regulations for the Dakar Rally in an attempt to help equalise the performance of the four and two wheel drive cars in the top T1 class.

As a result of this and lessons learned from its Dakar debut in January, Prodrive has completed an overhaul of its BRX Hunter, resulting in several changes to the vehicles Sebastien Loeb and Nani Roma will drive next year.

Loeb was forced to retire from the Dakar after a series of punctures and a broken suspension arm, while Roma finished fifth overall. 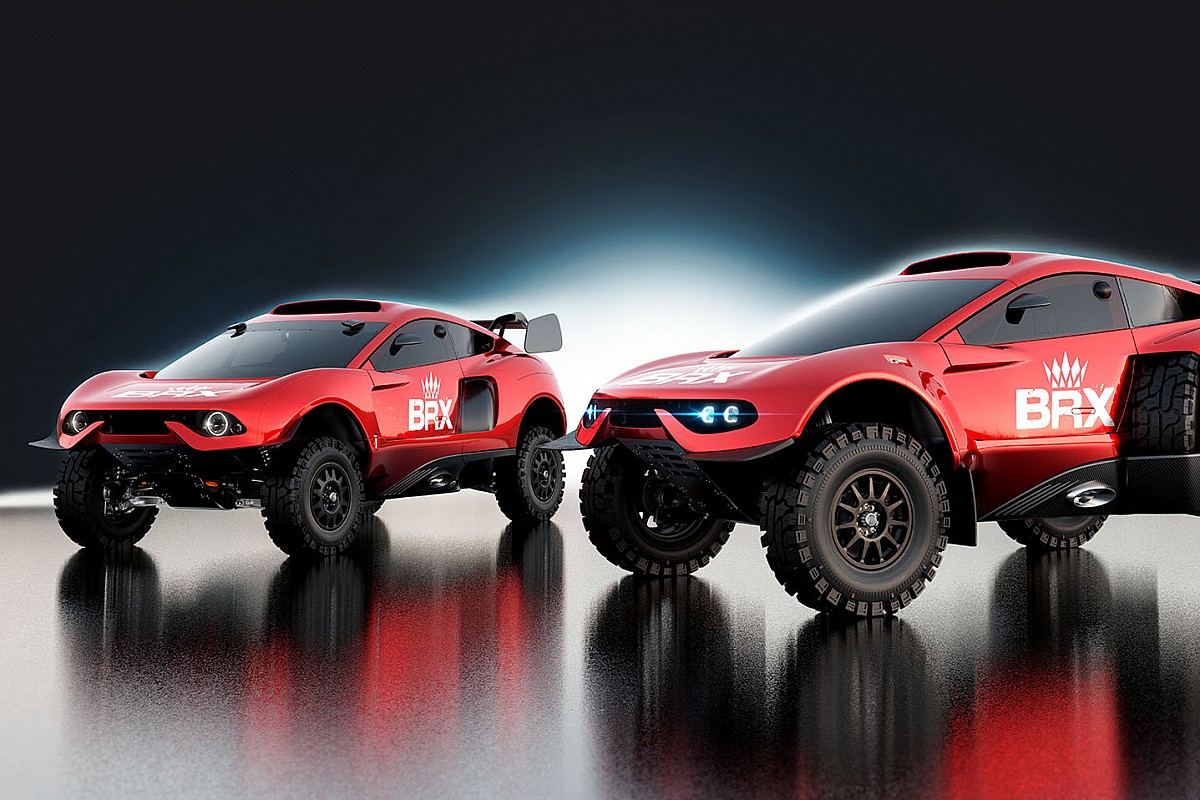 This has forced Prodrive to alter the bodywork, drivetrain and suspension.

The suspension geometry has been reconfigured with longer wishbones and dampers, and there are larger brakes accommodated in the 17 inch wheels.

The larger tyre radius increases the load in the drivetrain so driveshafts, the propshaft and differentials have all been modified. The wider track has also meant nearly half the bodywork has been redesigned.

“We are very pleased the organisers have addressed the disparity in regulations between the buggies and the four wheel drive T1 cars, where larger tyres had an advantage over rough terrain,” said Gus Beteli, BRX team principal.

“We’ve learnt a huge amount on our debut this year and have put all this learning into improving the car and believe our new Hunter T1+ is a significant step forward.

“We are looking forward to returning to Saudi in January, where we will be looking to challenge for victory.”

The first Hunter T1+ car is currently being built at Prodrive’s headquarters in the UK and will run for the first time in September.